Maria Colusi, born in Buenos Aires, Argentina, is a dancer, choreographer, and teacher, who has been engaged an intensive work in Europe and worldwide. She was member of the Contemporary Ballet Teatro General San Martin, Tangokinesis Company and since 2003 of Sasha Waltz & Guests Company.
She has simultaneously developed her own choreographic work including: ‘Sink’ 2018 with the composer Edgardo Rudnitzky, ‘Querandi’ 2017 with Florencia Lamarca and Edgardo Rudnitzky; ‘Tone undertow’ 2015 with Maya Carroll; ‘Topo’ 2014; ‘Witness’ 2013 with the composer Edgardo Rudnitzky.
Also she has collaborated with musicians in the Frame Performance Series ‘Taktstelle- Musiktanzreihe’ ,‘Zwischenwelt festival for music and dance improvisation’ ‘Dialogue/Wirbel Improvisation’.
She has also collaborated with various theater directors including Luciano Suardi Alejandro Tantanian and Ola Mafalaani. Her works have been performed in several venues such as Radial System, Dorky Park, DOCK11, Kunst Festival des Arts, Berliner Ensemble, Acud theater, Lido theater, Theater Kapelle, Schloss Solitude, Centro Artistico it Grattaclelo, Laborgras among others.
In the pedagogical realm she leads repertoire workshops of Sasha Waltz & Guests, Lab improvisation and Dance and Music Improvisation workshops in CDSH Hamburg,Tanzfabrik, Dock11, Laborgras, Radialsystem, Die Etage, Soudance Festival in Germany, Associazione Europea DANZA, Italy, UNA- University in Arts Argentina, Maslool Dance School, Israel and Tanzschule MK, South Korea.
She was recently invited for the Goethe Institut in Sri Lanka for a choreography Lab Camp.
In the past she received a grant from Fundacion Antorchas, Argentina. Her work was supported by Senatskanzlei – Kulturelle Angelegenheiten Berlin, Germany.

The class an on-going experimental journey, where time, breath and weight are the key factors to experience the fact of being grounded. It offers practical and creative tools through touch, imagination and intuition, creating a dialogue between action and the perception of spontaneous movement.

The first part of the class is a guided improvisational warm-up, in which we work the body by integrating breath, gravity, textures, supports, speed changes and coordination in order to create fluidity, efficiency and awareness in movement.

In the second part we will explore different movement ideas and tasks through partner work, which will help us to stimulate and witness our own movement research. We will challenge our perception and creativity as well the listening in improvisational practice.

The third part focuses on the practice of composition in a group form, using all the previously worked elements in a playful and precise way. 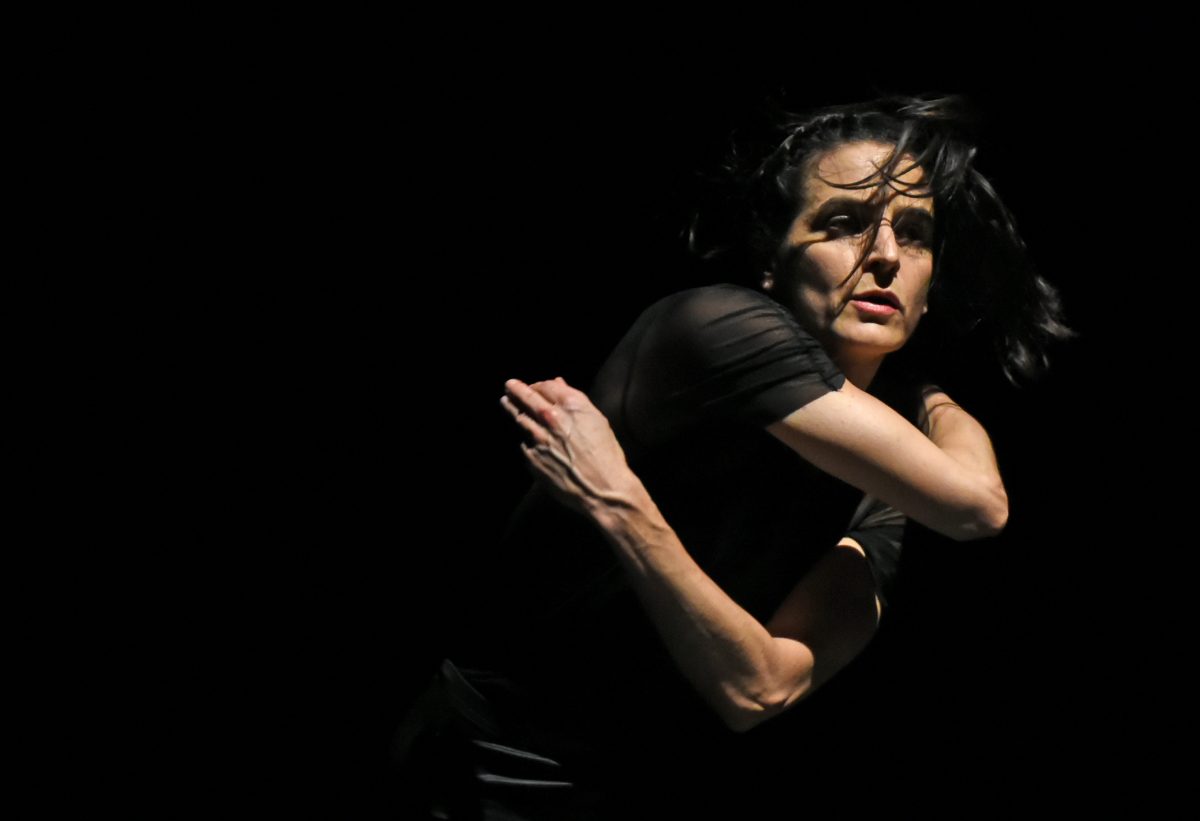