Narendra Patil is a professional Dancer, Teacher, Choreographer and Performer from India and a movement specialist in Contemporary, Flying Low and Improvisation. He has been a Principal Performer, Teacher and Assistant choreographer at Terence Lewis Contemporary Dance Company for 10 years. He has received training in various dance forms from teachers all over the world and has shown his mettle under the likes of Terence Lewis, David Zambrano, Jozef- Linda, Peter Jasko, Laura Aris, Suzanne Linke, Anton Lachky, Nakula Somana, Marin Leggat etc. Narendra is the first Indian contemporary dancer who has studied under David Zambrano as a part of a 30 days intensive workshop of “Flying Low” and “Passing Through” technique in Berlin, Germany 2014, where he was selected among 489 dancers from all around the world. He got selected for second edition of EXIN for 30 days Flying Low and Passing Through intensives which was conducted in Madrid, Spain September 2016. Training in all these dance forms, exploring numerous movement possibilities and finding inspiration and knowledge at various dance festivals, intensive workshops and creations with renowned teachers from all over the world and over the years, he was inspired to create his own dance vocabulary. Narendra is currently working as an independent artist in India, Europe and Russia. He has been invited to teach at Deltebre Dansa Festival, Spain; Marameo, Dock11, Berlin, Frankfurt University of Music and Performing Arts, Frankfurt, Profitraining Freiburg; Tanzbuero Basel, Switzerland; Dance Cultural Centre, Athens; Henny Juries Stichting, Amsterdam, Holland; Saint Petersburg, Samara, Kazan, Perm,Tyumen, Moscow, Crimea, Ekaterinburg, Russia; and many other professional dance schools in Europe, Russia and India. Performed Improvisation Trio with David Zambrano and Lamprini Gkolia in Athens 2015. Narendra have been collaborated with Lamprini Gkolia (Greece) and worked together as Performers and Teachers in Europe and in India. They have performed their “CAMOUFLAGE” Duet creation in Athens and Deltebre Dansa Festival, Spain 2015 and also took their partnering workshops to Europe and India. He has also collaborated and performed Axismundi Jaipur and Geneva Project 2016 with Mohamed Toukabri, Rakesh Sukesh, Bolarin Da Costa, and Pol Sinus (Art Director). This piece has been created during a Pro Helvetia residency in India in 2015 and the premiere took place in  Théâtre du Galpon, Geneva for Antigel Festival in February 2016. He has Performed “RESTLESS” solo creation piece in Deltebre Dansa 2016. Improvisation duet performance with Francisco Cordova in St. Petersburg 2017. Improvisation solo performances in Moscow, Crimea, Tyumen, Russia. 2017.

IndYog-Contemporary & Flying Low Technique Classes.
It is a combination of the Indian Classical, Folk and Contemporary Movement Vocabulary. It has lot of powerful footwork, hand combinations, rhythms and spins. Class starts with meditative posture and Asanas. We continue to conditioning the body through Yoga and movement and it includes body toning and Martial arts exercises which are later incorporated into the movement phrase. Playing with momentum, suspension and dynamic floor routines (which combines speed and centrifugal energy). It also combines floor exploration with antigravity falls, recovery, agile partnering and strength based technique which allows the individual to discover organic body rhythms and floor connections. Participates can expect to learn certain Indian classical Mudras from the classical dance form of Kathak & Bharatnatyam which can be incorporated in to the final phrases. Classes will be focused on – coordination, speed, musicality, strength, moving in the space, rhythm, emotions, different movement vocabulary through Improvisation tools, movement precision and efficiency. The flying low classes focus mainly on the dancer’s relationship with the floor. The class utilises simple movement patterns that involve breathing, speed and the release of energy throughout the body in order to activate the relationship between the centre and the joints, moving in and out of the ground more efficiently by maintaining a centred state. There is a focus on the skeletal structure that will help improve the dancers physical perception and alertness. The class includes partnering work and movement phrases, which explore the primary laws of physics: cohesion and expansion. When you are standing, the whole room is standing. When you are moving, the whole room is moving. The body is constantly spiralling, whether running or standing. These spirals help the dancers into the floor and out of the floor. These spirals already exist; the class focuses on finding them. The spirals help the dancer see themselves and the room from all sides. The spirals propel the class all over the room, both on the ground and upright. 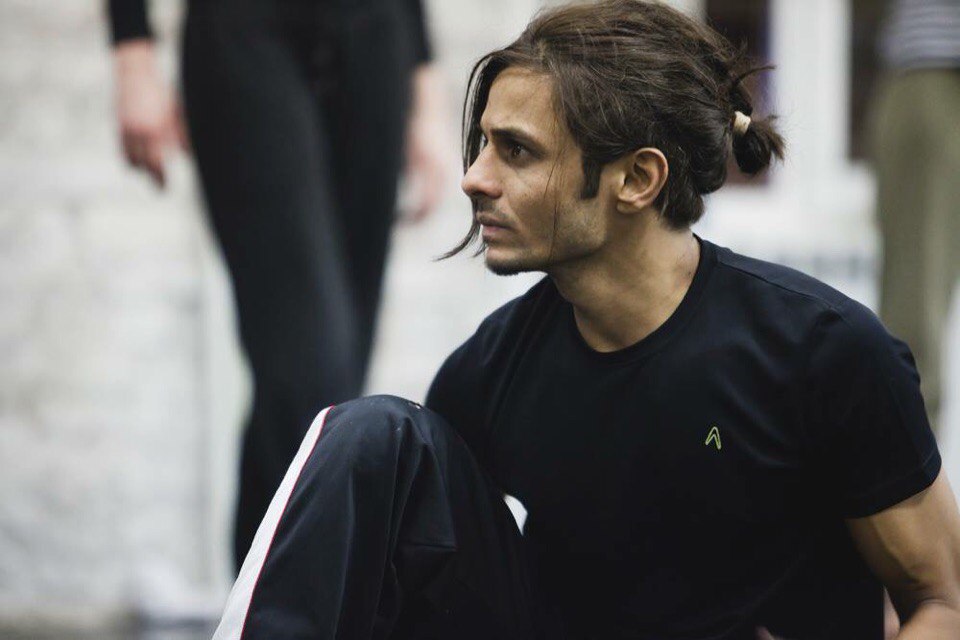