By experimenting with aleatoric processes, Andrew Wass formalizes the coincidental and emphasizes the conscious processes of composition that are the generative source of much of his works. Influenced heavily by his undergraduate studies of Biochemistry at U.C. San Diego, Andrew works by creating a defined, almost crystalline palette in order to generate a myriad of possibilities. His performance work has been shown in San Diego, LA, San Francisco, Marfa, Tijuana, Berlin, Seattle, Tokyo, and New York. He has been investigating Contact Improvisation for over 20 years and taught at festivals, studios, and universities in Europe, Asia, and the United States. Along with his colleagues of the Lower Left Performance Collective, he organizes March 2 Marfa, a performance lab for experienced dance makers.

a technical approach to Improvisation
This class looks at the relationship between the torso and the limbs, spatial/corporeal initiation, and improvisational movement scores. Solo body exercises will explore the intra-relationship of the anatomy, the medial and the distal parts of the body, and how they influence and inform each other. Drawing on Paxton’s Material for the Spine, Flying Low, and somatic-based material, we will investigate how to propel ourselves through space at different levels and speeds, while initiating movement from different parts of the bodies. Concepts such as momentum, duration, repetition, speed, and loft will also be addressed.  Improvisational scores will be used as points of departure to investigate listening and multiple forms of flow – mechanical, cognitive, and empathic. Each class will end with open dancing allowing the information to transition from focal to tacit levels of understanding, thereby allowing the students to progress from through the three stages of improvisation: listening, flow, improvising. 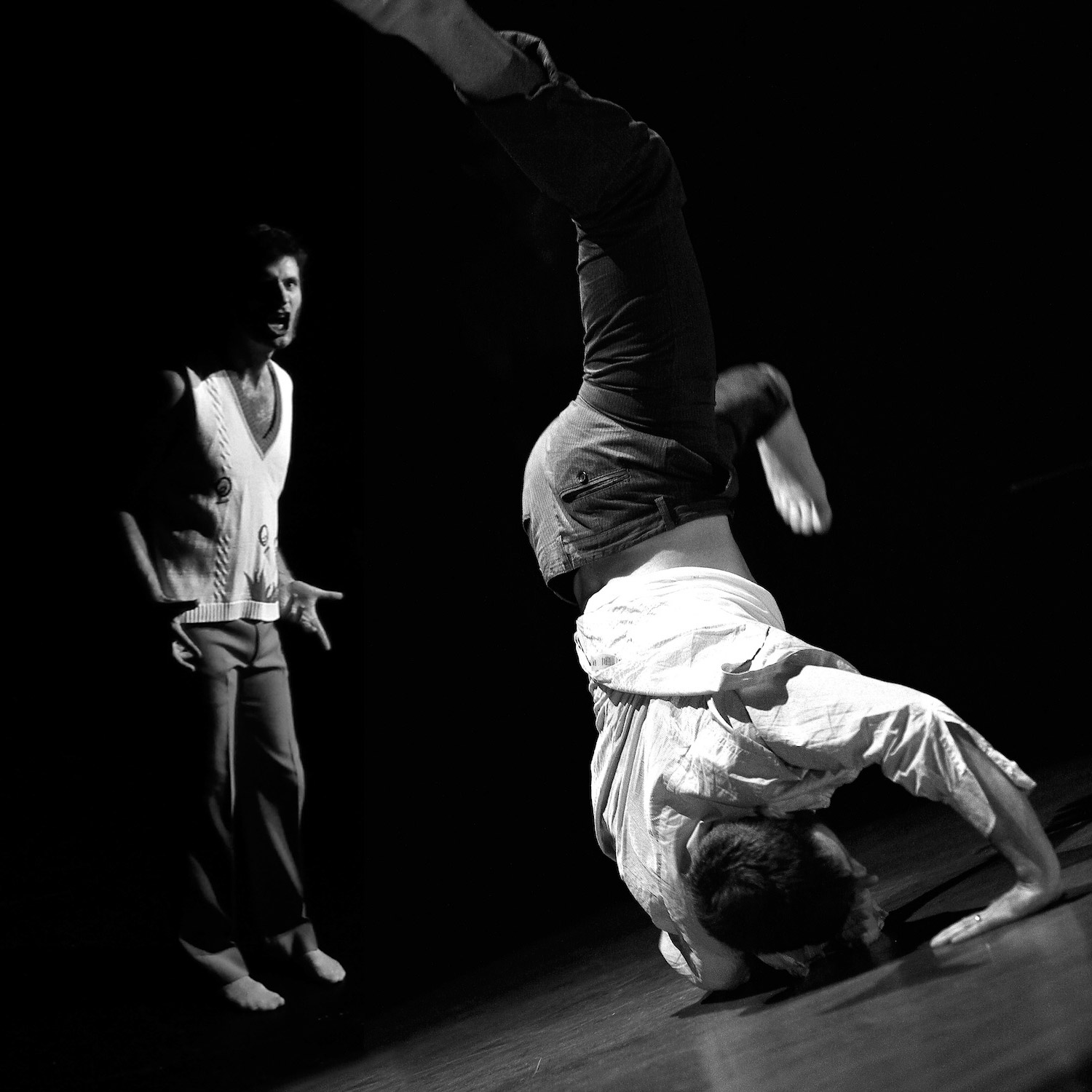