Quincy A. Junor (Brooklyn, New York), was born in Georgetown, Guyana and started his training under the direction of his mentor Gloria E. Moylan. He is a graduate of F. H. LaGuardia High School of Music & Art and Performing Arts (The Fame School) and holds a BFA in Dance from SUNY Purchase Conservatory of Dance. He has attended Brooklyn Music School, The Ailey School, The Martha Graham School of Contemporary Dance and Perry-Mansfield Performing Arts School–all on full scholarship.
Mr. Junor has been awarded the Dr. Marvin & Carol Eiger scholarship in Dance and is a Richard & Mica Hadar Scholar in Dance. In 2002 & 2003, he was a finalist in the National Fine Arts Competition for Liturgical Dance. In 2004, he was the recipient of the National Young Arts Foundation award in choreography for his work The Chase. He has choreographed for Genesis Dance Company, Purchase Repertory Theatre’s production of Derek Walcott’s The Odyssey, and for the Neuberger Museum of Art. He was the Resident Choreographer for Teatromania Acting Company from 2004-2007.
Mr. Junor was invited to perform Mark Morris’ Gloria and Lauri Stalling’s The Great Quiet at The Kennedy Center and at the Hong Kong International Dance Festival, along with the Purchase Dance Corps. He has also performed for Dove, Stellar, and Grammy Award winning Gospel Artists Alvin Slaughter and Dr. Pastor Marvin Sapp. Mr. Junor has performed works by Alvin Ailey, Robert Battle, Pat Catterson, Patricia Dye, Troy Powell, Kevin Wynn and Nathan Trice. He was a Guest Artist for Errol Grimes Dance Group and Lane & Co. and was a member of Genesis Dance Company, SYREN Modern Dance and Riedel Dance Theatre.
After relocating to Berlin, Mr. Junor has gone on to become Choreographic Assistant, Dance Captain and Dancer for choreographer Jeremy Wade for rock electric singer Peaches, for her musical and film production of Peaches Does Herself at HAU Hebbel am Ufer, Dancer and Dance Captain for Peaches in her one woman show Peaches Christ Superstar North America and Canada Tour, and appeared as a Guest Artist for Nature Theatre of Oklahoma’s Life & Time directed by Pavel Liska & Kelly Copper incorporation with the Berliner Festspiele/Foreign Affairs & HAU Hebbel am Ufer. He has co-directed and choreographed for German Independent rapper RO!, and Universal Records recording artist Simonne Jones, respectively. Some of his TV credits includes the hit TV series Babylon Berlin (Season 1, Episode 5) choreographed by Julia Fidel and Nasser Martin-Gousset and directed by Tom Tykwer,
Achim von Borries, & Hendrik Handloegten, Season 2, Episode 1 of Berlin Station with choreography by Julia Fidel, in the MEDION Electronics commercial produced by Lovestone Film GmbH, the Deutsche Bahn commercial directed by Hanna Maria Heidrich with choreography by Litza Bixler with retired Formula One racing driver and the 2016 Formula One World Champion Nico Rosberg and singer-songwriter Iggy Pop and in the Make Believe music video by German recording artist Mignon Baer.
When not performing, Mr. Junor can be found guest teaching the Martha Graham Technique, his Modern Contemporary, and American Jazz classes at Motion*s Berlin, Marameo Berlin, and Gina Workshops Hamburg to name a few.

Quincy Junor’s Modern Contemporary Dance class or the ‘Quincy Madness’ as it is fondly called, focuses on the choreographic side of a dancer’s or artist’s technique. Mr. Junor believes in coaching his students through his style which ranges from moving slow to fast through the given movement which will allow them to focus on developing their own artistic approach no matter if you are a beginner or a professional. Each class starts off slow through the warm-up that is designed to focus on the choreography that will be worked on in class and is then built on to take us into the space while moving in and out of the floor. He pulls his influences from his studies of the Martha Graham, Lester Horton, and José Limón techniques as well as dancing and working with choreographers Nathan Trice, Kevin Wynn, and Jonathan Riedel to name a few.

“I feel that the essence of dance is the expression of man – the landscape of his soul. I hope that every dance I do reveals something of myself or some wonderful thing a human can be.”
-Martha Graham

Part of his teaching philosophy focuses on helping to coach and develop an individual’s artist
movement voice. Learning how to take our codified everyday technical exercises and transform it into one’s own movement voice. Where we go beyond simply doing steps to really define ‘HOW’ you the artist will go from A to Z of any given phrase not only executing the task or choreography at hand but by being clear in your mental approach allows you the freedom to move, while strengthen the performance aspect of ones self using our fundamental exercises

“To dance is to be out of yourself. Larger, more beautiful, more powerful… This is power, it is glory on earth and it is yours for the taking”
-Agnes De Mille 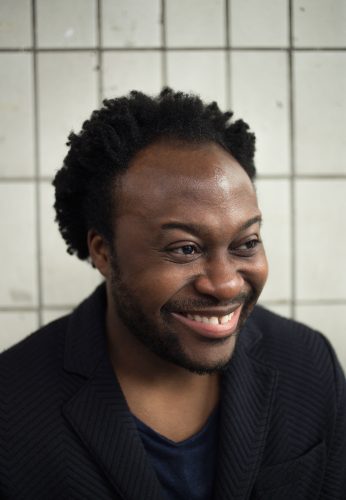