Megumi Eda was born in Nagano, Japan and had her professional debut with the Matsuyama Ballet Company at age 14 in Tokyo where she appeared in many of the ballet classics in repertoire. After appearing successfully in the Prix de Lausanne Competition in 1991 she was invited to join the Hamburg Ballet and worked with Mats Ek and John Neumeier. Later with the Dutch National Ballet and Rambert Dance Company she worked with many choreographers including Christopher Bruce, Jiri Kylian, Lindsey Kemp, William Forsythe, Twyla Tharp, Hans van Manen, David Dawson, and Redha. In 2004, she moved to New York as a founding member of Armitage Gone! Dance and has continued a close collaboration with Karole Armitage to this day. In the same year she received a New York Dance Award/Bessie Award for her performance.
In addition to her work as a dancer, as a freelance artist and filmmaker she has begun to incorporate sculpture, art and films into her installations and performances. She has been working and collaborating with Conceptual Artist, Yoshiko Chuma since 2014 as a performer and filmmaker.
As a teacher, Megumi has taught classes and workshops to dance companies including the Matthew Bourne Company, Armitage Gone! Dance, Matsuyama Ballet, and the Peridance Center. She has also taught pre-professional dance students and college students at Interlochen, Princeton, Harvard, Goucher College, and many more. In 2019 she moved to Berlin.

Throughout her dance career, Megumi has always started from a ballet core, but has been influenced by contemporary dance, pop, native dance styles, Japanese traditional dance, Gaga and improvisation.
Working within a traditional ballet structure, Megumi uses elements from di erent dance styles and also knowledge gained from injury and experience to explore new approaches to the use of the body on both a physical and mental level.
In traditional ballet practice, a dancer is often told to look at the mirror and learn the shape from the outside, Megumi focuses more on how energy flowing in the body merges into space. It is also the study of finding how to use our bones correctly to allow the muscles to function e ortlessly and e ciently, avoiding unnecessary fatigue and overuse.
This is a practical technical class, not just a theory lesson.
The ultimate goal of this study is to appreciate function as beauty. For example, Megumi starts from the principle that beauty happens when our legs and feet work articulately, instead of striving for an external image of beauty. She believes this is how an authentic feeling of freedom in movement is developed. 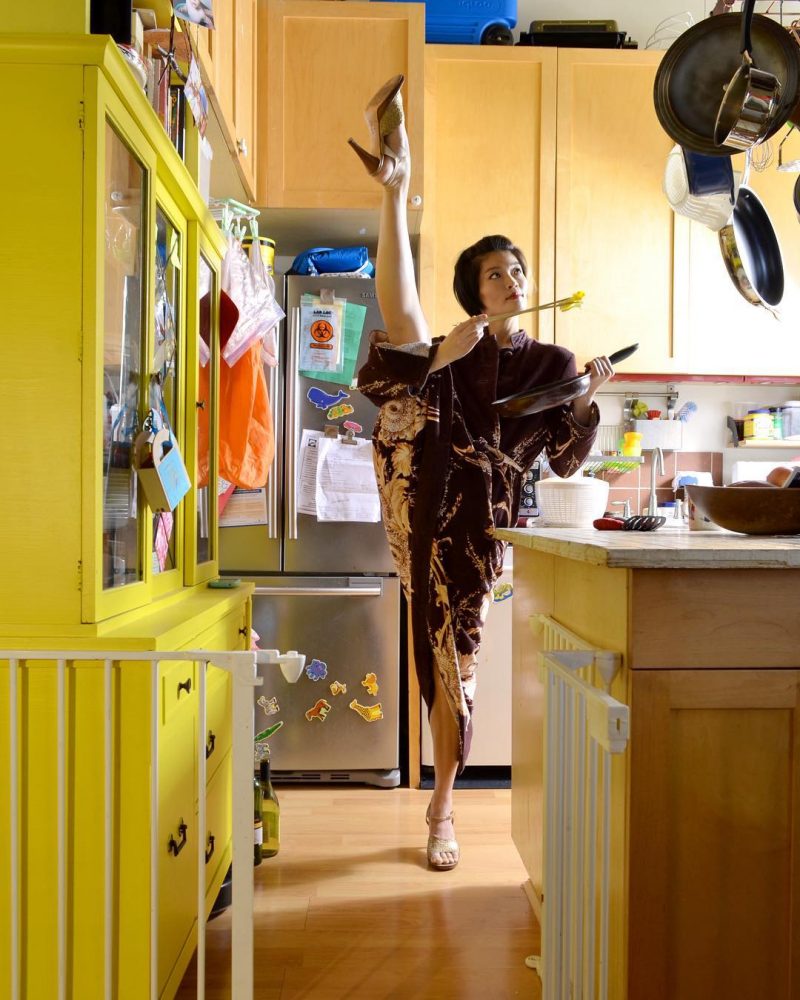