Jens completed his dance studies at the Staatliche Ballettschule Berlin. After graduating in 1992, he joined the Ballet of the Staatsoper Unter den Linden in Berlin, where in 1998 he was promoted to Principal Dancer. From 1999 to 2014 he performed in numerous international ballet companies, including the Zurich Ballet, the Queensland Ballet (Australia), Victor Ullate Ballet (Madrid), Morphoses/The Wheeldon Company in New York and Les Balletts de Monte Carlo. He has worked with renowned choreographers such as Maurice Bejart, William Forsythe, Johan Inger, Heinz Spoerli, Pontus Lidberg and Jean-Christophe Maillot. At the same time he studied acting at the Stella Adler Acting Studio in New York as well as workshops and intensive courses in Los Angeles and London. During and after his active dance career he taught at the Architanz-Studio in Tokyo, Peridance Capezio Center in New York and Center of Dance in Berlin. From 2015 – 2017 he was ballet master at the Staatstheater Augsburg; in the 2018/19 season he held the same position at the Theater Plauen-Zwickau. Guest engagements as a ballet teacher took him to the Theater Koblenz and the Friedrichstadtpalast in Berlin. Recently he graduated from the Centre National de Danse in Paris with a Diplom D’Etat for classical dance education. He is currently studying on his Master of the Arts degree at the Palucca School with a focus on classical dance pedagogy. In Sept. 2021 Jens was appointed to the position of professor for classical dance at the Folkwang University of the Arts.

The ballet class is based on the classical and contemporary influences I had during my dance career. The years in NYC with David Howard have especially influenced my approach to teaching. I don’t believe in just one way or method. Everyone is different, and ultimately a dancer needs to find his/her own way. To nourish an artist, it is vital to create room for individuality. I believe in a build up from slow and simple elements to more complex dynamic movements. The emphasis of the class lies on musicality, alignment and different dynamics. 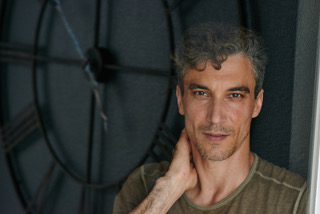