Diego de la Rosa discovered Bboying in 2004. In his formative years as a dancer, he travelled throughout Europe and participated in various competitions and events. In 2013 he founded Frantics Dance Company with the other current members. Within the company, he contributes as a dancer, choreographer and artistic director. In 2014, he also graduated in a contemporary school in Berlin.
Apart from his personal artistic endeavours as a dancer, since 2014, he has worked on various projects across Spain, Greece and Germany. Between 2015 and 2017 he was dancing for Theater Strahl in Berlin. Since 2017 he works with the Austrian company Hungry Sharks. In 2018 Diego was a guest dancer for Theater Bonn, in the season 2018/19 he was a full time dancer at Theater Bremen and in the season 2020/21 he became a guest dancer for Staatstheater Kassel. He had been working with choreographers such a Samir Akika (FR/DE), Helder Seabra (PL), Adrienn Hód Hodworks (HU), Laura Scozzi (IT), JDot Tight Eyez (USA), Nadine Gerspacher (DE/ES) and Lorca Renoux (FR) , Juan Tirado (ES), Victor Rottier (NL) and Johannes Wieland (DE) to name a few.
Diego de la Rosa created the duet One’s with fellow dancer Young-Won Song and choreographer Juan Tirado. The duet won the prestigious 31st Annual Choreography Competition in Hanover in 2017 and the group was awarded with a residency at the European Centre of Arts Hellerau. In 2018, they developed the piece you.IT.me in Hellerau.
On top of that, his solo work has been touring in Greece, North Macedonia, Spain, Germany, Poland, Portugal and Ireland. Apart of that he has been performing together with Frantics Dance Company in Denmark, Germany, Greece, Spain, Italy and Taiwan.
Additionally, Diego de la Rosa gained extensive knowledge in teaching and leading trainings professionally in various dance schools, including Marameo in Berlin, Dan.c.ce in Athens, Tanzbüro Basel, Dock 11 in Berlin, A-Space in Taipei, festivals like B12 in Berlin, D.D.C in Greece and companies such as Staatstheater Kassel, Theater Bremen, Volkstheater Rostock and Theater Bonn to name a few. Since 2013 Diego de la Rosa has focused in the investigation and the development of his own techniques: “Exploring Possibilities” is the results of his research. He is giving workshops in several places between Europe, Asia and Africa.
Diego also, started his career as a choreographer where he got invited to create new works between Bulgaria, Greece and Spain.

Diego de la Rosa’s classes are very physical and dynamic. The idea is to start the class with improvisation exercises, workouts and games to warm up while bringing us awareness into our own body. Focus in different body parts during the whole class we will be able to isolate and get a better understanding on how to use our body. Followed by technical diagonals, the body is used with the goal of getting more possibilities in movement and mobility. Using several floorwork elements we will study different ways of how approaching new ways of using the floor. In general, the sequences are mainly inspired by movements from breakdance, krump, different hip-hop qualities, contemporary and classical techniques but also by acrobatics, release techniques and gaga. Diego never hesitates to add his own style and to use material that he works with his company “Frantics”. His biggest interest during his class is to enable people to be creative and be able to add their own personality into the movements and research, involving their emotions and feelings into the work. 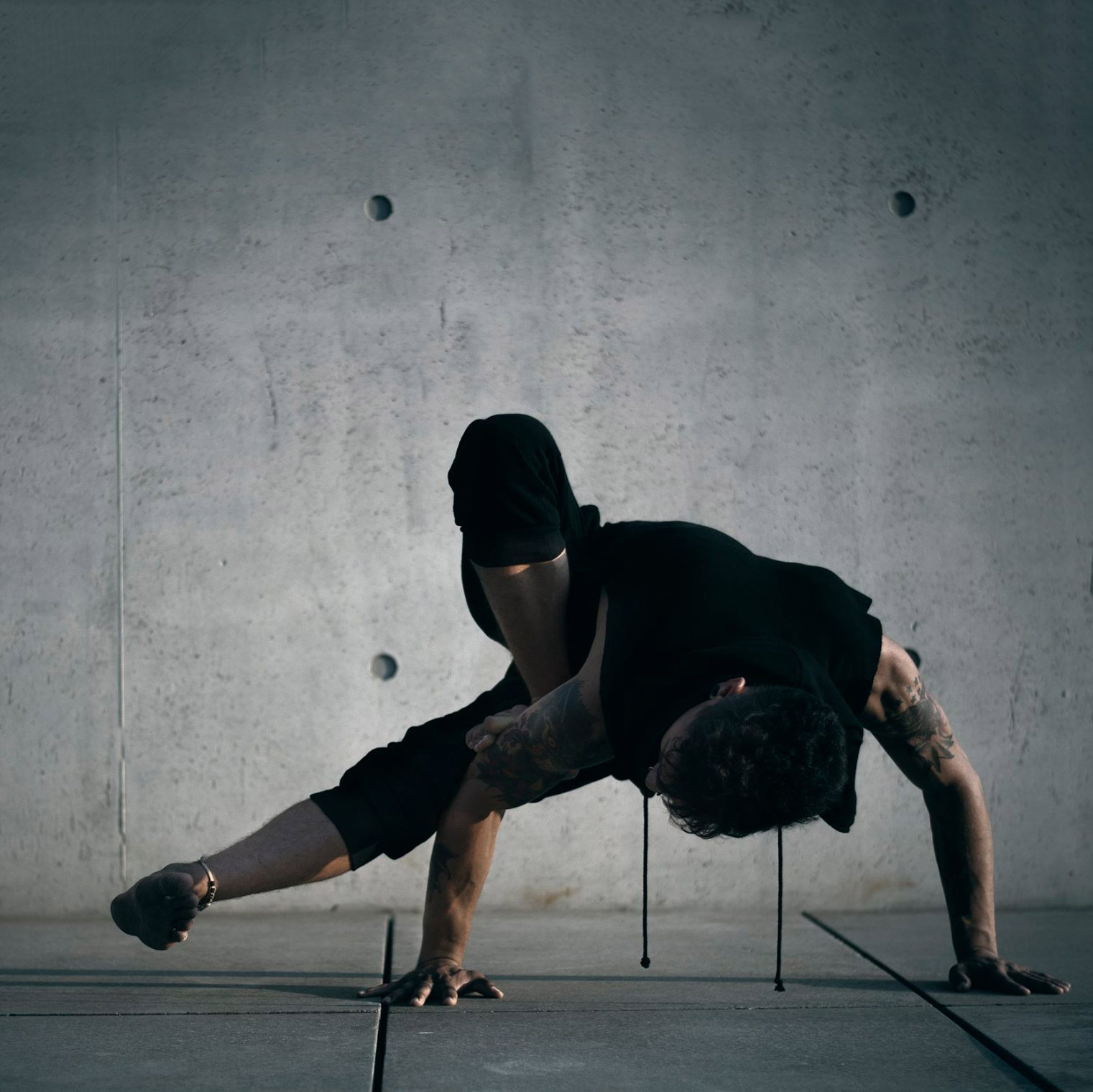